Breech Baby – This baby is not for turning!

I’ve been talking a lot about breech babies lately with women I’m supporting antenatally, and when an email newsletter landed in my inbox about babies ‘not for turning’, I thought I’d do a little writing. Ultimately, the email was about supporting a woman through a planned caesarean for a breech baby (and for other reasons this turned out to be the best decision for her), but it got me thinking –

The optimal position for baby to be in for birth is head down, ideally with their back to mum’s front; yet many babies spend a good portion of their time inside in the breech position, or going back and forth. There’s a lot of room for them to bounce around in there! At the 20-week scan women may be told that their baby is breech, but that it’s nothing to worry about just yet. But the seed has been planted – ‘Will I have to have a caesarean?’ ‘How will I get this baby to turn?’ – and women may then start to worry about baby’s position.

Breech babies can adopt a number of different positions.

Before 36 – 37 weeks, a baby is not in the breech position, they just haven’t turned yet; most babies will naturally turn head down by this time, getting ready for labour. As Mary Cronk says, ‘breech is a normal, but unusual, presentation for baby to assume’ and some babies may need to be in the breech position. This may be due to physical reasons i.e. location of placenta or too much/too little amniotic fluid, or conditions of the baby, such as those that affect muscle tone. About 3 – 5% of babies are in the breech position at term.

So, what does this mean – are there ways to encourage baby into a better position if they are breech at 36 – 37 weeks?

ECV (external cephalic version): This is where pressure is applied to the abdomen to encourage the baby to move head down. It can be uncomfortable, there is a very low risk of a placental bleed and the success rate is only just above 50%. There is also a small chance that the baby will flip back again.

Moxibustion and acupuncture: Chinese medicine where a moxa cone is burnt around a specific acupuncture point. More research is needed, but there is some evidence that it works, and anecdotally, women are finding that it really does work.

Hypnotherapy: Hypnosis, either with a professional or by talking to the baby herself, can be great for general relaxation, releasing fear and anxiety and encouraging baby to adopt a more optimal position. Again, there is limited research, but what there is shows that hypnosis is about 80% effective.

Spinning Babies: an approach based on easing baby’s position and rotation for labour. The website www.spinningbabies.com is full of information and techniques that assist baby into the easiest position, helping to turn a breech baby and generally helping to make labour easier.

A woman can also try swimming, chiropractic Webster Manoeuvre or the Rebozo Manteada sifting technique, all of which have varying levels of success.

My second baby was breech for most of my pregnancy, and around 36 weeks there were discussions about ECV and planning a caesarean, neither of which I wanted. At the time I didn’t know about the numerous ways of encouraging baby to adopt a more optimal position, so spent loads of time on my hands and knees trying to get her to turn. And she did – at close to 38 weeks she went head down and I had a straightforward vaginal delivery.

But what if a baby remains in the breech position. What does this mean for labour?

Over the last few decades, following the publication of the Hannah Trial which reported that caesarean was the safest way for a breech baby to be born, all women with breech babies had caesareans. However, the methodology and results of the trial have proven to be questionable, and while some breech positions (footling breech) are recommended to be born by caesarean, the majority of breech babies can safely be born vaginally. Unfortunately, in the intervening years, this has meant that midwives have not had the opportunity to use the skills they have to support vaginal breech births. Depending on where you are located, not all maternity units facilitate a vaginal breech birth. But this is slowly changing. The Royal in Belfast now has a breech clinic to support and facilitate women to have a vaginal breech birth, and more maternity units will likely follow suit. It is important to find a midwife or healthcare professional that is supportive of vaginal breech birth, if this is what you wish, so that you feel confident and comfortable in their care and supported to birth your baby.

I’ve booked a spot on the course and am really looking forward to learning how to support women to an easier birth. For breech babies, there are ways to encourage them to turn. But don’t worry too much and don’t put too much pressure on yourself and baby. And if the baby is just not for turning, a woman’s choice has not been made for her; she still has options about how to birth her baby.

Get in touch with us if you want more information on local options for breech birth, or if you want to talk about ideas that may help you and your baby.

Get our Email Newsletter 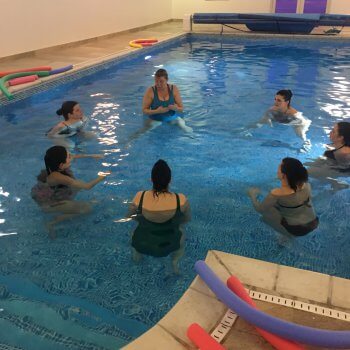 Coronavirus and the 4th Trimester 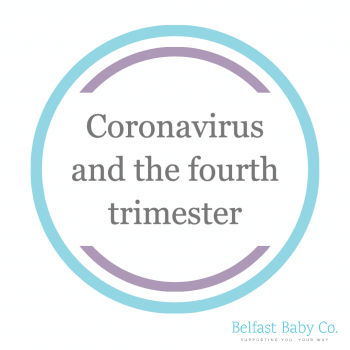